First Nations people in Canada's North have traditionally depended on dogs for protection, companionship and transportation. Although dogs continue to play an important role, many northern communities are now facing issues of overpopulation and aggressive interactions between humans and dogs.

Because there's such a wide range of population control methods, Dhillon's role is to explain all of the options available to the community, help them through the decision-making process and provide access to the needed resources.

"I'm not making any decisions for the community," says Dhillon. "All decisions are actually made by the community — I'm just the broker in the middle."

Dhillon is building on the work of her supervisor, Dr. Tasha Epp — an associate professor in the WCVM's Department of Large Animal Clinical Sciences. For the past few years, Epp has been working to establish a relationship with First Nations and to gain a better understanding of what veterinarians could potentially do to help the communities.

Dhillon's first step is to have a discussion with the local elders about the history of dogs in the community, what they mean to First Nations people and how they see dogs as a benefit and a potential problem.

"I then have a discussion with the band council and chiefs – asking what problems do you see, what solutions have you tried?" says Dhillon.

The next step is a full community discussion where everyone is encouraged to give their input into the problem: "It's what they want to see as far as a community."

As Dhillon explains, First Nations people rely on dogs for both protection and companionship.

"Many homes will have an indoor dog, which tends to be smaller, and then they'll have outdoor dogs to keep their home and property secure." 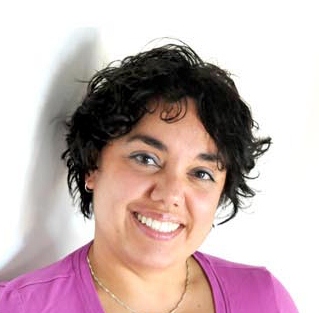 The problem is that many of these outdoor animals are not spayed or neutered and population sizes can quickly become unmanageable. On average, there are one to two fatal dog attacks in Canada's First Nations communities each year.

Since most communities don't have access to veterinary services, residents often feel that they are left with no choice but to cull dogs as a means of decreasing the population and preventing attacks and maulings. But culls are happening less often than in the past which is why several communities have experienced canine population explosions.

"Most of the communities are very reluctant to do this," says Dhillon. "It's very traumatic to have your dog taken away and killed, and it's also very traumatic for the person who's having to do it."

Some communities have established close relationships with canine rescue groups. In these situations, a dogcatcher or designated person will collect any free-roaming dogs and hold them for a certain time period. If no one claims the dogs, they are relinquished to a rescue group for re-homing in other communities or provinces.

However, many communities are located too far north for rescue organizations to be able to reach them. At the same time, rescue groups that are a few hours' drive away can become overwhelmed by the number of dogs that need new homes.

Even without access to veterinary care or spay and neuter programs, several communities are well on their way towards creating other effective solutions for themselves. Legislation regarding licensing laws and the number of dogs allowed in each household are already in place on some reserves.

Other communities participate in spay and neuter programs that are organized by two Saskatchewan groups: the Regina-based Team North and the Canine Action Project from Lloydminster.

Another option is chemical sterilization. Deslorelin, a drug that is considered a temporary measure until a spay-neuter clinic can be held, has been used in Alberta. Two other drugs (zinc gluconate for male dogs and a new contraceptive drug for female dogs) that cause permanent sterilization, have been used in the United States. However, since none of these drugs are fully approved for use in Canada, they can only be brought into the country through an emergency drug release.

Chemical sterilization is showing promising results and requires less people and less supplies than a traditional spay and neuter clinic. It's also a cheaper option that more First Nations communities may consider in the future.

Another large part of the WCVM research program is education: teaching community members how to recognize signs of aggression in a dog and what different canine behaviours mean so that they can be better prepared if they're faced with an angry animal.

Dhillon is also collecting demographic information on dog populations in the communities. She records details such as whether or not dogs are spayed or neutered, their gender and ages, their health status and statistics on attacks.

She hopes to re-evaluate communities on an annual basis to determine whether or not population control methods are working.

"What I'm trying to do is build a model for other communities looking at making changes to say, ‘These methods worked and this is why.' Or ‘this probably won't work in your community because of these specific factors.'"

Dhillon's project is supported by the Companion Animal Research Fund and through the Interprovincial Graduate Student Fellowship. Last year Dhillon was awarded a Saskatchewan Innovation Scholarship for her research efforts.

Melissa Cavanagh of Winnipeg, Man., is a second-year veterinary student and was the WCVM's research communications intern for the summer of 2013.