"Distemper virus can cause very serious illness and death. Our vaccines are nearly 100 per cent effective so we strongly advocate prevention through vaccination," says Dr. Jordan Woodsworth, wellness veterinarian at the Western College of Veterinary Medicine's Veterinary Medical Centre.

In January 2013 wildlife veterinarians at the Canadian Cooperative Wildlife Health Centre confirmed that six coyotes, which were recently found dead or ill in the Saskatoon area, were infected with canine distemper. In late February, the Saskatoon SPCA restricted its intake of dogs after canine distemper was diagnosed in a puppy at the animal shelter. There have also been cases diagnosed elsewhere in Saskatoon in the past few months.

Canine distemper affects dogs of all ages and is caused by a paramyxovirus that's closely related to the measles virus. Distemper generally spreads through sneezing or coughing but is shed in all body secretions. Other members of the dog family (coyotes, wolves and foxes) as well as skunks, ferrets, weasels and raccoons are susceptible to the virus, but it can't be transmitted to domestic cats or people. 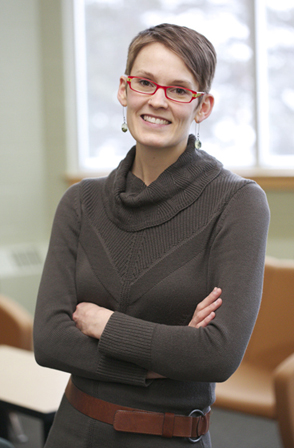 About two to six weeks after becoming infected, dogs will show clinical signs such as sneezing, coughing, discharge around the eyes and excessive drooling. This often progresses to vomiting and diarrhea with bloody stool. In severe cases, dogs can develop neurologic signs (twitching and convulsions).

About half of the animals that develop clinical signs will die or need to be euthanized. "In most cases, it's because of severe hydration, secondary infection or development of neurologic signs," says Woodsworth. "Even if they recover from clinical disease, dogs that develop acute neurologic signs within the initial stages often have long-lasting neurologic effects."

Since there's no specific treatment for the disease, veterinarians use supportive care to help prevent dehydration and secondary infections such as pneumonia. Even dogs that recover still require nursing care and must be isolated from other susceptible animals for up to 16 weeks.

Dogs have no age-related immunity to distemper so it's important that all animals — young and old — are vaccinated to prevent the disease. The vaccine most commonly used in veterinary clinics and shelters includes distemper virus in a combination shot with other diseases like parvovirus and adenovirus. Today's vaccines are highly effective against distemper virus within three to five days of immunization.

Puppies should receive their first distemper vaccine between six and eight weeks of age, followed by booster shots every four weeks until they're 16 weeks old.

"We give multiple booster shots because we don't know when each puppy is capable of responding to vaccinations," says Woodsworth. "Since we don't routinely test antibody levels in puppies, we vaccinate everyone to maximize successful immunization."

If the vaccination status of puppies or their mother is unknown, Woodsworth's advice is to vaccinate early and often for canine distemper to decrease the chance of infection. Owners should keep young puppies away from dog parks, pet stores, or doggie day cares until after they have had their last set of shots.

Most veterinarians recommend vaccinating adult dogs against distemper virus every three years. But Woodsworth suggests that during an outbreak, dog owners should be more careful than under normal circumstances. If owners plan to adopt from a local animal shelter, live in an area frequented by wildlife or routinely take their dogs to dog parks, they may consider vaccinating their pets sooner: "In light of the recent cases, it's not a bad idea to be cautious."

Prevention of disease is a major area of interest for many veterinarians and veterinary colleges, says Woodsworth who compares vaccination to "an insurance policy" against some serious and contagious diseases of pets.
"The goal of vaccination programs is not to vaccinate the same animals repeatedly throughout their lives but to improve coverage of the pet population in general," explains Woodsworth. "If more pets were vaccinated at least once in their adult life, the prevalence of preventable disease such as distemper would be much lower than what we currently see and outbreaks would be far less frequent."

For pet owners who are concerned about potential side effects of the distemper vaccine, Woodsworth points out that except in rare cases, the possible consequences of vaccination are less concerning than the consequences of disease.

"The emotional and financial costs of distemper are much greater than the potential chance of side effects from the vaccine. Distemper vaccines give extremely good protection to our canine companions, and in most cases that protection lasts several years."